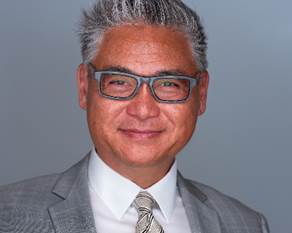 I am pleased to share updates from the AUA Public Policy Council that may benefit your Section members. Our updates include information on the AUA’s meeting with the White House Domestic Policy Council, the introduction of the Veterans’ Prostate Cancer Treatment and Research Act in the Senate, and our successful AUA patient advocacy efforts.

Registration for the 5th Annual Urology Advocacy (AUA) Summit launches on November 1. As a reminder, the 2022 AUA Summit is slated for March 14-16, 2022 in Washington, DC. In the coming weeks, you can learn more and register for the AUA Summit at www.auasummit.org.

Save the Date: AUA Announces Panel Discussion on Telehealth

On November 9, the AUA will host a panel discussion on telehealth. The discussion will center on patients’ access to telehealth services and the policies or regulations needed to ensure continued telehealth access for millions of Americans. You can register for the event here.

The AUA and our colleagues in the Clinical Labor Coalition met with the White House Domestic Policy Council to discuss our concern with the Centers for Medicare & Medicaid Services’ (CMS) Calendar Year 2022 Medicare Physician Fee Schedule proposed rule to update clinical labor rates for the first time in 20 years. The coalition highlighted that this proposal severely impacts specialties that perform device-intensive procedures and noted that the significant reductions in reimbursement for these procedures in the non-facility office setting will create significant access issues for patients in rural and underserved communities.

The meeting follows an earlier meeting with the CMS where AUA expressed grave concerns with the clinical labor update, especially in the current pandemic climate and amidst other prosed cuts to physician reimbursement.

The AUA will continue to engage CMS and other stakeholders on this concern as the final rule is developed for publication by the end of the year. Please email Ray Wezik, Director of Policy & Advocacy, at rwezik@auanet.org for a copy of the AUA’s comment letter in response to the CY 2022 MPFS proposed rule.

On September 30, the Department of Health and Human Services (HHS), the Department of Labor, and the Department of the Treasury, in conjunction with the Office of Personnel Management (OPM) released an interim final rule with comment period, entitled “Requirements Related to Surprise Billing, Part II”. This rule is related to the Title I (the No Surprises Act) of Division BB of the Consolidated Appropriations Act, 2021, and establishes new protections from surprise billing and excessive cost sharing for consumers receiving health care items/services. It implements additional protections against surprise medical bills under the No Surprises Act, including the following:

The “Requirements Related to Surprise Billing, Part II” rule builds on the July 1 rule and the September 10 notice of proposed rulemaking to continue implementing the No Surprises Act. The rule issued on September 30 outlines:

The AUA has concerns the rule could potentially incentivize insurers to set artificially low payment rates as a way to set a lower bench-mark rate for any dispute resolution process. This, in turn, could narrow networks; the opposite effect of the original legislation. There also is concern around provider burden for the creation of good faith estimates. Look for updates in a future issue of the Policy and Advocacy Brief. Read more here.

On September 15, the Veterans’ Prostate Cancer Treatment and Research Act was introduced in the Senate (S. 2720) by Senators Jerry Moran (R-KS) and Jon Tester (D-MT) – Ranking Member and Chairman of the Senate Veterans’ Affairs Committee, respectively. For the first time, this bill is now in both chambers of Congress, which is a critical step in the legislative process. The House version of the VA bill was introduced in the U.S. House of Representatives (H.R. 4880) earlier this year. This legislation directs the Secretary of Veterans Affairs to establish a national clinical pathway for prostate cancer within the National Surgery Office of the Veterans Administration for all stages of prostate cancer.

On September 17 and 20, the AUA met with staff for Representatives Rep. Sanford Bishop (D-GA-02), a member of the Congressional Black Caucus (CBC), and chair of the CBC Veterans BrainTrust, and Rep. David G. Valadao (R-CA-21), who is on the House Appropriations Subcommittee on Military Construction and Veterans Affairs, to advocate for H.R. 4880. Both members expressed immediate interest in the bill.

On September 20 and 23, the AUA met with staff for Senators Thom Tillis (R-NC) and Marsha Blackburn (R-TN) to garner support for S. 2720, the Senate companion for the bill. Both are members of the Senate Veterans’ Affairs Committee. Senator Tillis is a prostate cancer survivor and generally supportive of veterans’ issues, while Sen. Blackburn has been a stalwart champion on screening for prostate cancer.

On October 4-5, the AUA met with the staff in the offices of Senators Maggie Hassan (D-NH), Mazie Hirono (D-HI), and Patty Murray (D-WA), who serves a leadership position as the Senate Assistant Democratic Leader. All three are members of the Senate Veterans’ Affairs Committee and have a clear interest in legislation impacting healthcare within our Veterans Administration.

Since 2019, the AUA has been working closely with other urologic stakeholders to move this legislation through the legislative process. It passed the House in September 2020 but failed to move in the Senate, so the bill required reintroduction this year. Representative and urologist Neal Dunn, MD (R-FL-02) is the bill’s primary sponsor. Original cosponsors include the other urologist serving in Congress, Rep. Greg Murphy (R-NC-03), as well as Rep. Elissa Slotkin (D-MI-08), and Rep. Colin Allred (D-TX-32).

Please contact your legislators in the House and Senate and urge them to cosponsor H.R. 4880/S. 2720 today!

On September 27 and 28, the AUA and members of the Kidney Cancer Impact Alliance (KCIA) met with twelve House offices and five Senate offices to discuss the KCIA’s research funding priorities. For background, the KCIA is a newly-formed alliance, which brings together stakeholders in the kidney cancer community, including patient advocacy organizations, caregivers, physicians, and researchers. At the Hill Day, KCIA representatives met with members of the House and Senate appropriations committees on Defense, as well as the committees on Labor, Health, and Human Services. Our asks included the following:

As you may know, Representatives David McKinley (R-WV-01) and Peter Welch (D-VT-AL) introduced this legislation in February 2021. It establishes a loan repayment program to encourage specialty medicine physicians to serve in rural communities experiencing a shortage of specialty medicine physicians. Offices remain receptive to the idea of incentivizing specialists to practice in rural areas while helping patients gain much-needed access to care.

The AUA also has created a grassroots alert that allows any domestic AUA member to easily contact their federally elected officials to ask them to cosponsor this legislation. To access this action center, click here or simply text AUA to 52886 to get started.

On September 23, AUAPAC participated in a fundraiser for Representative Kim Schrier, MD (D-WA-08) hosted by a coalition of Medical and Dental Political Action Committees (MaDPAC). She is the first pediatrician to serve in the U.S. Congress and is one of three physicians in the House Democratic Caucus. Rep. Schrier serves on the House Energy & Commerce Subcommittee on Health, which has jurisdiction on healthcare workforce issues, including the aforementioned H.R. 944. She also is a cosponsor of H.R. 2256, the Resident Physician Shortage Reduction Act, which is a bill that expands graduate medical education (GME) training and funding.

On September 24, AUAPAC participated in a fundraiser for Representative Mariannette Jane Miller-Meeks, MD (R-IA-02). She is an ophthalmologist, a member of the GOP Doctors Caucus, and serves on the following House committees: House Education and Labor, House Homeland Security, and House Veterans’ Affairs. Rep. Miller-Meeks prevailed by only six votes out of nearly 400,000 cast in the state’s second congressional district. Rep. Miller-Meeks was one of the first lawmakers to cosponsor the Veterans’ Prostate Cancer Treatment and Research Act (H.R. 4880). In addition, she is a supporter of the Safe Step Act, which safeguards step-therapy protocol in specified cases. She also is a supporter of expanding GME funding, and tackling other utilization management tools impeding access to care and medical research.

On September 30, AUAPAC participated in a fundraiser for Representative Raul Ruiz, MD (D-CA-36), hosted by MaDPAC. He is an emergency physician and one of three physicians in the House Democratic Caucus. Rep. Ruiz serves on the House Energy & Commerce Subcommittee on Health, which has jurisdiction on various healthcare workforce measures including H.R. 944 and H.R. 2256.

On September 30, the AUA partnered with Men’s Health Network, ZERO – The End of Prostate Cancer, and Healthy Women (Breast Cancer Portrait Project) for a Congressional Briefing entitled: Prostate Cancer, Breast Cancer: The Patient Experience. The discussion centered on patients’ prostate and breast cancer journeys and the importance of the caretaker helping them through the process. The briefing was sponsored by the Congressional Men’s Health Caucus, which is a group of lawmakers the AUA has worked closely with in the past on a variety of urologic issues such as improving the U.S. Preventive Services Task Force recommendations process.

On September 14, 15, and 17, the AUA hosted the 2021 Patient Advocacy Connections Program (PACP) as part of AUA2021. This year’s virtual event successfully connected more than 70 participants from 28 urology-focused patient advocacy organizations, AUA members, and industry partners throughout the three-day Lunch & Learn series. The Lunch & Learn program included two engaging roundtable discussions. The first roundtable addressed the needs in improving clinical trial diversity, where attendees discussed key challenges, partnerships, and legislative efforts to make participation in clinical trials more accessible. The second roundtable discussion focused on the changing landscape in patients’ access to care due to the pandemic. This discussion started with a presentation on limitations, restrictions, and hurdles to care for geriatric populations, and then continued into an open dialogue with meeting participants on other issues relating to patient access.

The final component of the program was “Advocacy Rounds,” a virtual networking event. This was the second year the PACP hosted this interactive event. Advocacy Rounds utilized Zoom breakout rooms to connect PACP participants with key members of AUA/UCF leadership, including members of the Public Policy Council, Legislative Affairs Committee, Research Advocacy Committee, and Research Council. The event provided an opportunity for AUA members to learn about AUA’s advocacy partners and their advocacy areas of interest. Our partners noted this networking event as a highlight of the overall program experience and the AUA team extends a special thanks to all our members and partners for dedicating their time to this event.

Below are insurance updates from national insurance carriers. If you have questions about insurer issues, contact Gregory Craig at gcraig@auanet.org.

The Virginia legislature is in special session from August 2 through October 30.

The West Virginia legislature is in special session from October 11 through November 11.

Introduced by Representative Lynda Schlegel-Culver (R), H.B. 1956 seeks to create a license for Certified Anesthesiologist Assistants (CAA) under the medical board. The anesthesiologist assistant may only perform anesthesia services delegated by an anesthesiologist. The bill was referred to the House Professional Licensure Committee. Read the bill.

Introduced by Senator Joe Pittman (R), S.B. 397 seeks to amend the osteopathic practice act to expand the number of Board members to include a physician assistant, changes the definition of physician assistant, outlines the written agreement, and adds a section to prohibit the practice of osteopathic medicine without a license. Governor Tom Wolfe signed the bill on October 7. Read the bill.

Introduced by Senator Joe Pittman (R), S.B. 398 seeks to amend the medical practice act to expand the number of Board members and redefine the sections pertaining to physician assistants. Governor Tom Wolfe signed the bill on October 7. Read the bill.